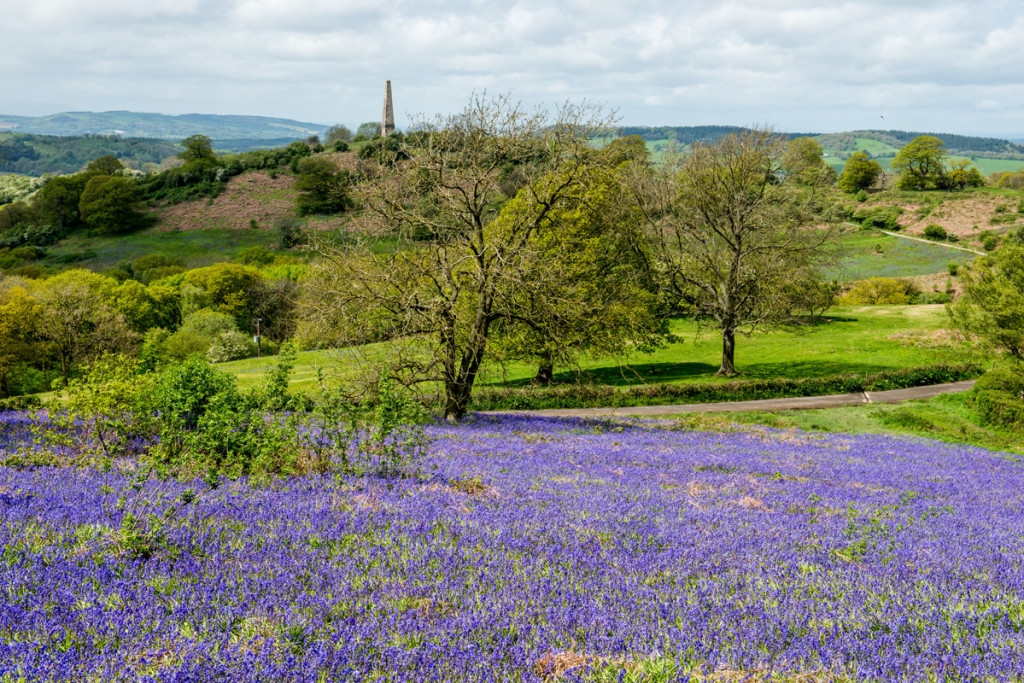 Spring brings the spectacle of carpets of bluebells throughout our native woodlands, something that is special to Britain and nowhere else. They have long been admired and people will travel miles to see them, indeed there were at least two “Bluebell Trains”, one of which still runs in East Sussex, which took townsfolk out into the countryside to view one of our natural wonders.

Though strongly associated with woods, our bluebells need two things to survive and thrive: humidity and continuity of habitat, both of which are supplied by woodlands. However, bluebells can also be found in hedgerows and bracken covered pastures indicating they are relics of woodlands lost. Most extraordinary though are bluebells at the Lizard which grow amongst rocks and boulders, only feet from the surf!

Bluebells can be found in a whole range of colours from deep violet blue through to pink or white, and they reproduce by seed or bulb offshoots. Though tolerant of picking, they are very susceptible to trampling and grazing as damage to their long strap-like leaves means they are unable to replenish their underground food store needed for next years growth.

Amongst the bluebells are two white companions in spring. Wood anemone is a nearly universal plant found throughout the UK except for the Shetlands and Orkney. An ancient woodland indicator species, the wood anemone rarely spreads by seeds which have a low fertility and viability, but spreads at a snail pace through root growth, as little as 6 foot in 100 years! Like the bluebell, when it is found in meadows and hedgerows it is referred to as a “woodland ghost”. And wood sorrel, perhaps one of our most delicate wild flowers with bright green shamrock-like leaves which have been used in green sauces, and so it used to be grown in kitchen gardens.

For all they are widespread and an ancient part of our native flora there is surprisingly little folklore about, or medicinal uses for, these three stalwarts. Bluebells were used as a diuretic, but they are somewhat toxic which led to their other common use: that of a glue in bookbinding as the toxic properties were found to discourage silverfish!

There are concerns for the future of bluebells, particularly in the light of predicted climate change. It may be that one of the perceived threats to bluebells, the spread and hybridisation of Spanish bluebells, may be the saving of our bluebell woods: vigorous hybrids maybe able to withstand warmer drier conditions that our natives would succumb to.

Another threat comes from the recent interest in “wildlife gardening” and the demand for native bluebell bulbs resulting in woodlands being stripped of bulbs both legally and illegally.