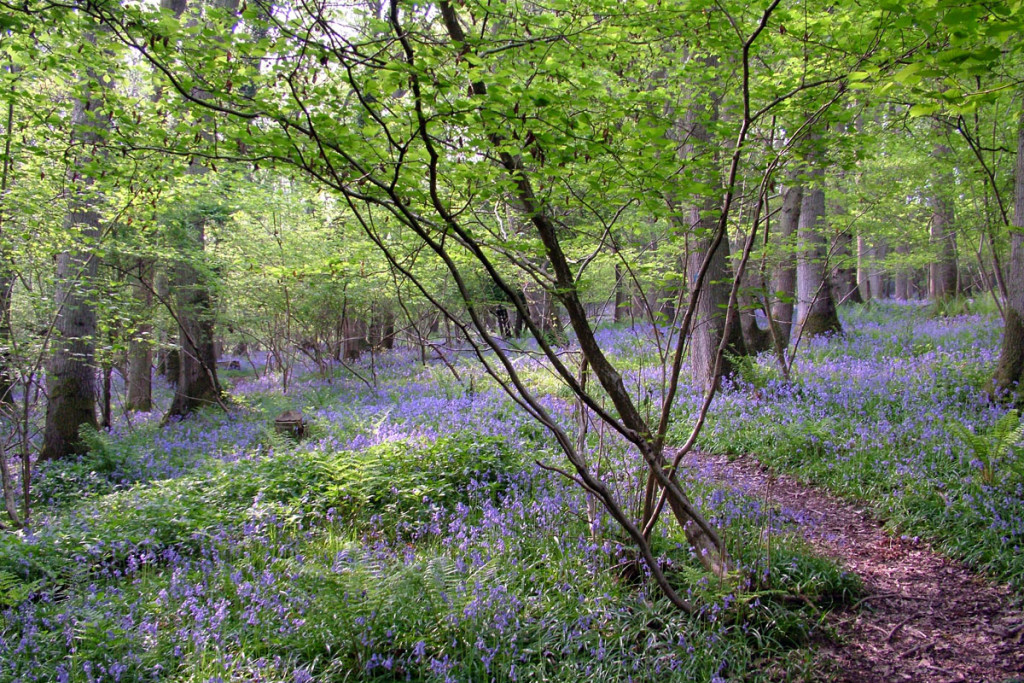 Situated on the south-western slopes of the Woolhope Dome, Lea & Pagets Wood is arguably one of the finest ancient semi-natural, broad-leaved woodlands left in the Wye Valley Area of Outstanding Natural Beauty.

Its ancient status is not in doubt, with the name Lea, meaning forest or wood, indicating possible pre-Anglo-Saxon origins and the woodland flora contains a large number of ancient woodland indicator species. Silurian limestone underlies much of the site and the associated soils are medium-heavy, calcareous, and free-draining. Quicklime was manufactured here in the 19th century and two lime kilns, possibly dating from 1833, are found near the reserve entrance. A well-marked track runs from the kilns to the disused limestone quarry in neighbouring Church Wood. In some areas the surface soils have become heavily leached and the base content is much reduced. The valley bottom in Pagets Wood is poorly drained and collects water run-off from the surrounding slopes. In earlier times the wood was much larger, with Pagets Wood extending down to the main B4224 road.

The wood has a complex structure, dominated partly by sessile oak and partly by ash, with other tree species mixed in, particularly wild cherry, yew, silver birch and wild service. The woodland understorey is mainly composed of hazel and field maple, together with some hawthorn, holly, crab-apple and spindle, and occasional coppiced wych elms. Near the wood boundaries both large and small-leaved limes occur. In some areas, particularly in Pagets Wood, coppiced sweet chestnut is abundant as a result of 19th century plantings. An area of alders occurs in the north-west section of the reserve, associated with the tufa-depositing stream running in the valley bottom of Pagets Wood. Large and spectacular drifts of bluebells make a fine show in springtime, mixed in with impressive numbers of ancient woodland indicators like wood anemone and early purple orchids. Many other interesting plants indicative of old woods add to the botanical diversity, including herb Paris, wild daffodil, sanicle, wild liquorice and greater butterfly orchid. In 2001 a single frond of the very scarce moonwort fern was found off the main track in Pagets Wood.

Lea & Pagets is also good for birds, with a small breeding population of pied flycatchers in nest-boxes, and a fine range of typical woodland species. These include all three woodpecker species (although lesser spotted woodpeckers have not been recorded for some years) and warblers such as blackcap, willow warbler, chiffchaff and the occasional wood warbler. Nuthatches, treecreepers, marsh tits, jays, buzzards, tawny owls and sparrowhawks are all frequently seen.

Apart from common species like green-veined white, orange tip, and speckled wood, Lea & Pagets is home to a number of less usual butterflies. Brimstones, white admirals and wood whites maintain small populations here, and this is a good place to see the spectacular silver-washed fritillary nectar-feeding on brambles.

The wood has an excellent mammal fauna, including a thriving population of dormice. Other small mammals present in some numbers are wood mouse, yellow-necked mouse, bank vole and common shrew. Foxes and badgers are also present, while groups of fallow deer are frequently seen. Brown long-eared, pipistrelle and noctule bats have been recorded in the bat boxes present in the reserve.

Recent surveys have revealed that Lea & Pagets is rich in other taxonomic groups too. Over 30 species of mollusc have been recorded, with a typical range of species inhabiting lime-rich woodland, while a recent fungus survey found 106 different species (including myxomycetes and lichens). In 2002 a survey of beetles present revealed a rich variety including four scarce species and the very rare Agathidium confusum.