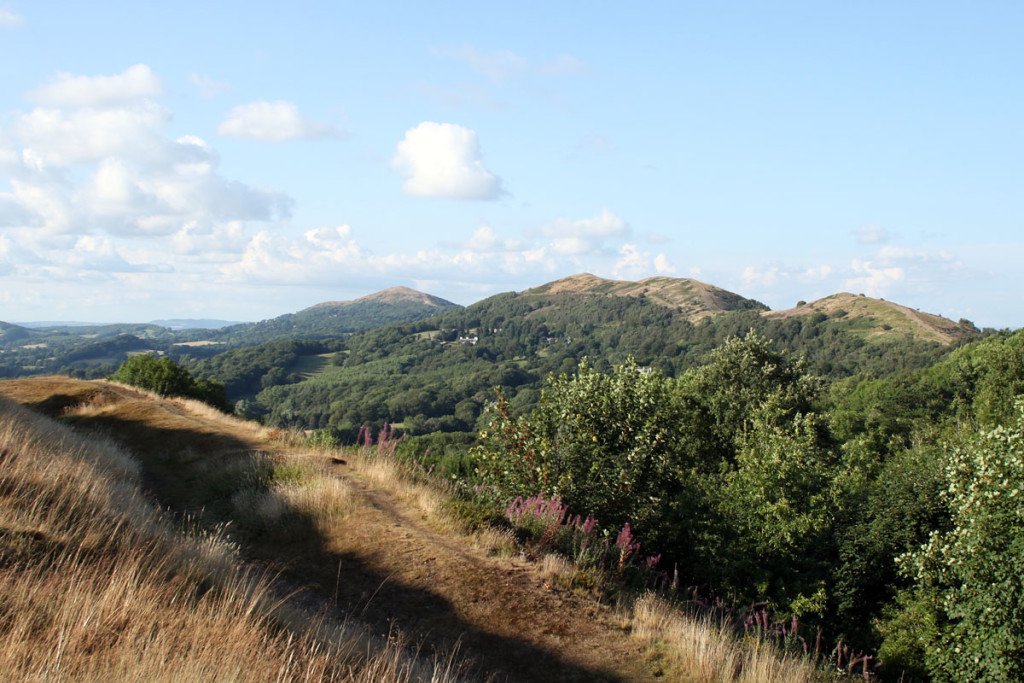 The Malvern Hills are part of an Area of Outstanding Natural Beauty, with scenic views over both Herefordshire and Worcestershire. The Hills run north/south for about 13 km (8 miles), in between Great Malvern and the village of Colwall, and overlook the River Severn valley to the east, with the Cotswolds beyond. The highest point of the hills is the Worcestershire Beacon at 425 metres (1,394 ft) above sea level (OS Grid reference SO768452). The hills are famous for their natural mineral springs and wells, which were responsible for the development of Great Malvern as a spa in the early 19th century. Until recently, Malvern water was bottled commercially on a large scale and sold worldwide.

There are three passes over the hills, the Wyche cutting, the A438 road north of Raggedstone Hill and the A449 road just north of the Herefordshire Beacon, the site of the British Camp, an Iron Age hill fort at the top of the hill. The site is thought to date back before the Common Era and has been extended subsequently by a medieval castle. The extensive earthworks remain clearly visible today and determine the shape of the hill.

The Malvern Hills are formed of some of the most ancient rocks in England, mostly igneous and metamorphic rocks from the late Precambrian, known as the Uriconian, which are around 680 million years old.

The Hills have been designated as a Site of Special Scientific Interest (SSSI) and an Area of Outstanding Natural Beauty.

Features of the Malvern Hills AONB include wide areas of acid grassland and heath on the summit and mixed broadleaved woodland and Ancient Semi-Natural Woodland on the lower hills and valleys. There are three areas of Ancient Semi-Natural Woodland in the Malvern Hills SSSI: Hollybush Roughs between the boundary of Castlemorton Common and the Midsummer Hill fort, Park Wood in West Malvern and an area near Holy Well above Malvern Wells.